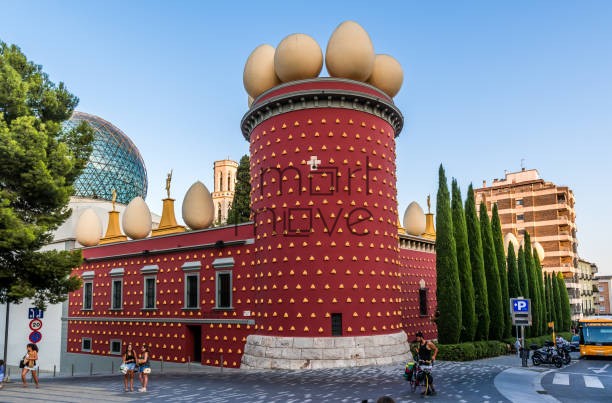 Barcelona is a city full of art, every corner is thought out and has been the creation of some great artist. Painters, architects and urban planners have helped shape Barcelona to what it is today! The city has a lot of exceptional sites and in this blog post we will tell you which artists marked the history of this great city.

Born in Barcelona in 1893, Joan Miró is one of the most famous artists in Barcelona. Painter, ceramist and sculptor, he is famous for his somewhat surreal designs reminiscent of childhood drawings. His palette is rich in primary colors such as reds, blues and yellows, present everywhere from his sculptures to his mosaic work.

Salvador Dalí is one of the most recognized artists of the 20th century, famous for his personal appearance almost as much as for his artwork. Perhaps his most famous painting ‘The Persistence of Memory’, which shows pocket watches seemingly melting in a desert setting. Throughout his life he traveled frequently to Madrid, Paris and New York, but returned to his hometown of Figueres at the Costa Brava in his later years and is buried under the stage of his Museum-Theater, a few meters from where he was born.

He lived in Barcelona and it was in this city that he devoted himself to modernity, even before going to Paris: the first great contact he had with modernity in Paris was an exhibition by Anglada-Camarasa, after his triumph in the French capital.

Born in Barcelona, ​​Joaquín Mir cultivated a great landscape work with a style that made him one of the greatest exponents, if not the most, of postmodernist art. The colors and expressiveness that permeated his works made them easily recognizable.
Location Museum: Palau Nacional, Parc de Montjuïc, s/n, 08038 Barcelona, España

Catalan artist, writer and playwright who worked at a time of impressive effervescence in bourgeois and cosmopolitan Catalonia. Rusiñol was one of the standard bearers of Catalan modernism and one of the banners of Bohemia in the late 19th and early 19th centuries.

The city is full of artists who express themselves in different ways, through painting, sculpture, architecture or music. It is easy to find someone on the street drawing or playing a piece of music. From museums to art galleries, to get to know them we recommend you go for a walk around the beautiful city of Barcelona!