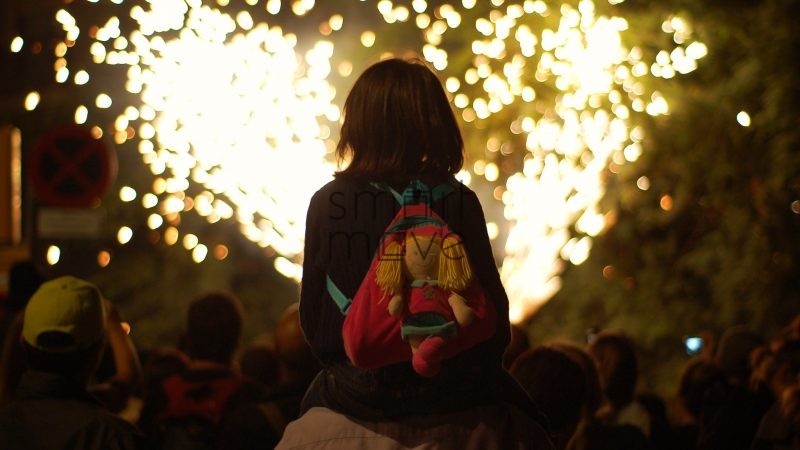 Summer is ending but there are still dates to celebrate. La Merced, in Catalan La Mercè, is the biggest festival in Barcelona, ​​Spain. It is celebrated every year around September 24, the day of the Virgen de la Merced. It lasts about a week and takes place in various public spaces in the city.

Its origin was in 1902, when the city council carried out for the first time a program of extraordinary events to celebrate the festival of the Virgin of Mercy (Mare de Déu de la Mercè in Catalan). In 1980 it was declared a Festival of National Tourist Interest.

During this week we have the pleasure of being able to celebrate with different events. In this blog post we tell you about them so you can choose which ones to go to. There will be religious ceremonies, the giants, Barcelona beasts, fireworks, parades, Correfoc, Castellers contest, sardana shows, sports competitions, gastronomy competitions such as the Catalonia Wine Fair and the great Pyromusical Show on the last day.

The acts begin with the reading of the Pregó. It is a massive inaugural ceremony that also takes place in other parts of the city. From that moment on, the festivities and long-awaited concerts of la Mercé began. These are held mainly in the Fòrum, on Botagell beach, Maria Cristina avenue, Catedral avenue, the old Damm factory (Rosselló street) and in Àngels square.

The day of La Mercè takes place this year on Thursday, September 24, 2020. It is the big day with the “Cavalcada de la Mercè” (Cavalcade of the Mercè) with the traditional dances of giants and big heads, which bring together thousands of people this afternoon on his tour of the main streets.

The musical show of La Mercè that takes place on the last day of the festivities and is one of the most anticipated and emotional moments. It is a great and hypnotic show in which fire, water and music of different genres are combined. They are launched from Avenida de la Reina María Cristina around 10:00 p.m. They are the finishing touch for the main festival in Barcelona and more than 200,000 people attend the event. It is impressive to contemplate the movement of the waters of the Font Màgica de Montjuic accompanied by thousands of fireworks.

The key places to celebrate the Fiestas de la Mercè are the Gothic Quarter, the Ciudadela Park, the Barcelona Forum, the Avenida de María Cristina, the CCCB or the Montjuïc Castle. On the other hand, museums and historical buildings such as the Pedralbes Monastery, the Picasso Museum, the Blau Museum, or the Palace of the Generalitat, among others, open their doors so that during the Mercè Festivities you can enjoy its ins and outs for free.

The Merçè Virtual race was also held on September 19 and 20. Registration has a cost of 5 euros and this year given the situation due to the pandemic, all the collection of the registration of the race, both face-to-face and virtual, will be in solidarity and will go entirely as a donation for the TV3 and Catalunya Ràdio Marathon , which this year will be dedicated to the investigation of the COVID-19 disease.

Enjoy this special day with friends and families, let’s say goodbye to summer in the best way!