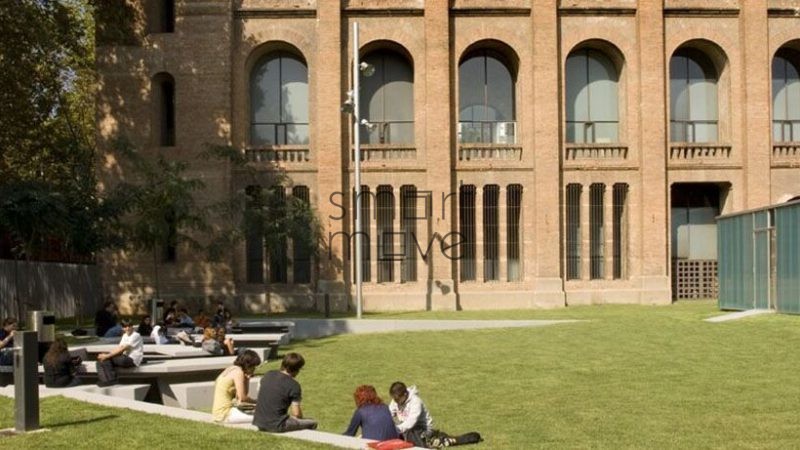 Studying in Barcelona is always a great idea! There are so many universities you can choose from, today we would like to give you some more info about the famous Pompeu Fabra University (UPF).

Pompeu Fabra University was inaugurated in 1990, after the Parliament of Catalonia accepted the creation of a new public university in Catalonia, specifically in Barcelona.

This new university was created with inspiration in freedom, democracy, justice, equality, plurality and independence. It is among the 200 best universities in the world according to the academic classification of universities. It is the most efficient and productive Spanish university according to different national and international rankings. It occupies the first place in the national ranking of scientific productivity since 2009. The university has begun to rise in some prestigious international rankings. Within the category of economics, they have been ranked among the 50 best worldwide, occupying the 23rd position in Economics and Econometrics in the QS World University Rankings by topic and the 40th position in Economics & Business in the Times Higher Education Rankings.

The University has seven faculties and their own Engineering School:

Pompeu Fabra University offers courses, degree studies, masters, doctorates, language courses, summer courses or Online courses (MOOC courses). This university adapts to the needs of each student, and also has a mobility system that allows international exchange between students. The student can choose to study the usual degree, double degrees or simultaneous degrees. It has more than 45 degrees, where those of Economics stand out, and the degrees of the Family of Social Sciences as well. It also has a large library for the study of its students, programs promoting sports and solidarity, as well as other services for the benefit of UPF students.

If you are going to UPF university we recommend you live around the university district. This way, you will save time and money every time you go to class and its also the perfect area right by the beach. What a luxury to be able to go to the beach before or after classes and do sports such as running at the beach or beach volleyball. The university is only a few minutes walking from the sea. The historic center is also a few minutes away, and you will be very close to some of the best museums and cultural attractions of the city. If you live here, you can immerse yourself fully in the Catalan culture.

Pompeu Fabra University has three campus: the Poblenou campus, the Ciutadella campus and the Mar campus. The Poblenou campus is located very close to the famous Agbar Tower (metro: Glòries, line 1), the campus of the Ciutadella is next to the park of the same name (metro: Ciutadella-Vila Olímpica, line 4) and the campus of the Sea is located a few meters from the promenade (metro Ciutadella-Vila Olímpica, line 4).

If you are going to study at UPF the best neighborhoods to look for accommodation are Poblenou, El Borne, Gothic quarter, La Barceloneta, El Raval and Poble Sec. Here you can find some more info about each one of these neighborhoods: