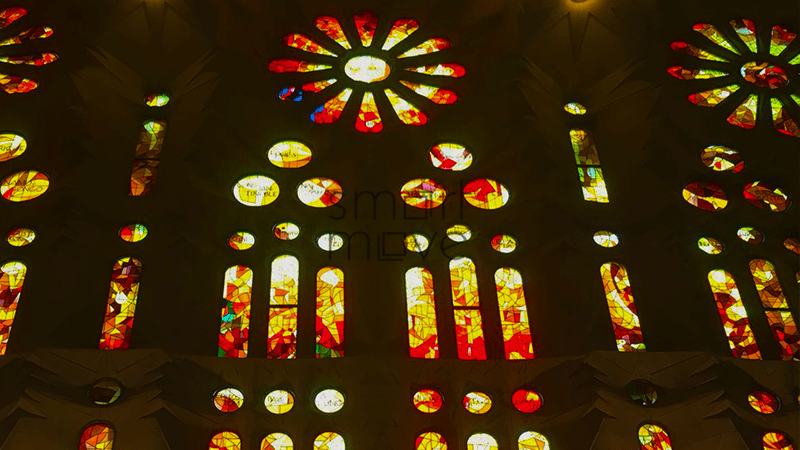 The Sagrada Familia is the most characteristic monument of Barcelona. Whenever you hear about this city, you also will here about this fantastic church. You can already see it from far away because of its very tall towers.

The construction of the Sagrada Familia, which is located in the right Eixample neighborhood, began before Gaudí was really involved in the process. In 1883, Gaudí took over the project and transformed it according to his architectural style, combining the Gothic with own forms of Art Nouveau. So the true church building as it is today began with the intervention of Gaudí in 1883.

Gaudí died in 1926 leaving the project of the Sagrada Familia unfinished, luckily the plans are preserved and the dream of the architect becomes reality little by little thanks to the work of other artists and the money obtained from donations and visits. It is estimated that in 2026 it will be finished.

So far 8 of the 18 towers designed by Gaudi have been finished. The architect decided that twelve of them were dedicated to the Apostles, four to the Evangelists, one to Mary and another to Jesus. Visitors can access the top of some of the towers to see the city from above and see some details of the exterior of the temple.

The basilica has 3 symbolic facades:

Facade of Birth: Dedicated to the birth of Christ, it is a beautifully decorated facade, full of life.

Facade of the Passion: Something more simplified than the other facades, aims to reflect the suffering of Jesus during the crucifixion.

Facade of Glory: The main facade, it is much larger and monumental than the rest and represents death, the last judgment, glory and hell. Aware that he would not have time to build it, Gaudí left the sketches done so that his successors could finish the work.

Inside of the basílica

To design the inside, Gaudí was inspired by nature, creating columns shaped like a tree trunk that turn the interior of the temple into a large stone forest.

We recommend to buy the tickets online to avoid a long waiting time in the queue: http://www.sagradafamilia.org/